Tuesdays with Dorie: Baking with Julia - 57th installment. The recipe is Tropical Napoleons. 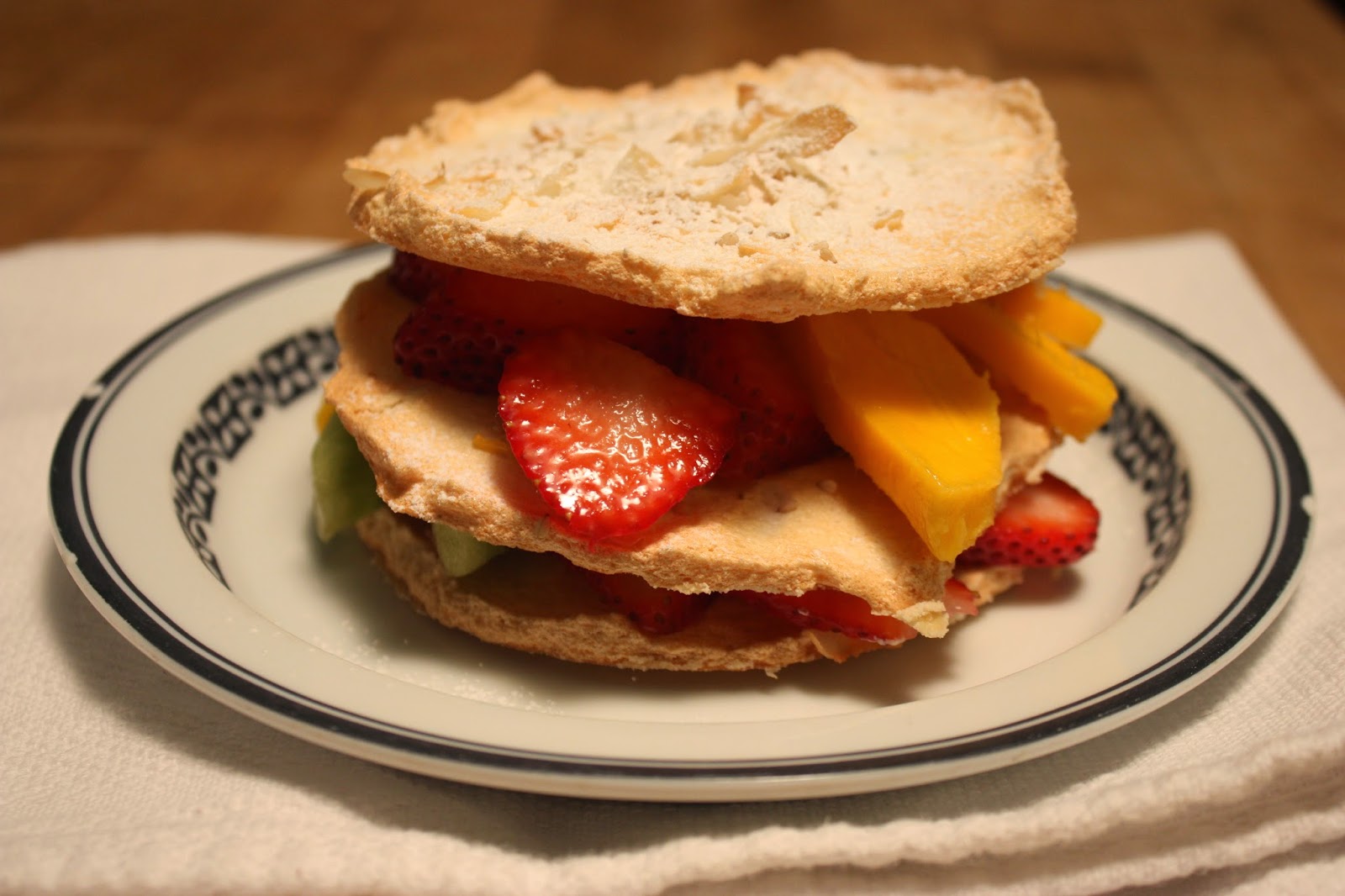 This recipe was surprisingly easy - initially I wasn't too sure I wanted to make it, since I was short on time, but I, and the family were glad I did.  It's a good idea to watch the video, since that demystified the recipe for me.  The photo in the cookbook looked complicated, but the video make the process look easy. You use a template to spread out consistently shaped meringue disks, and then layer them with whipped cream and fruit.  Yummy!  Kind of like a differently shaped pavlova.   I made three variations - the one above with strawberries, mango, and kiwi, one with just strawberries, and one with only cream and wafers.  I didn't choose to stir coconut into the meringue, but I did make some wafers with coconut and sesame seeds on them.  It was a nice complement to the cream and fruit. 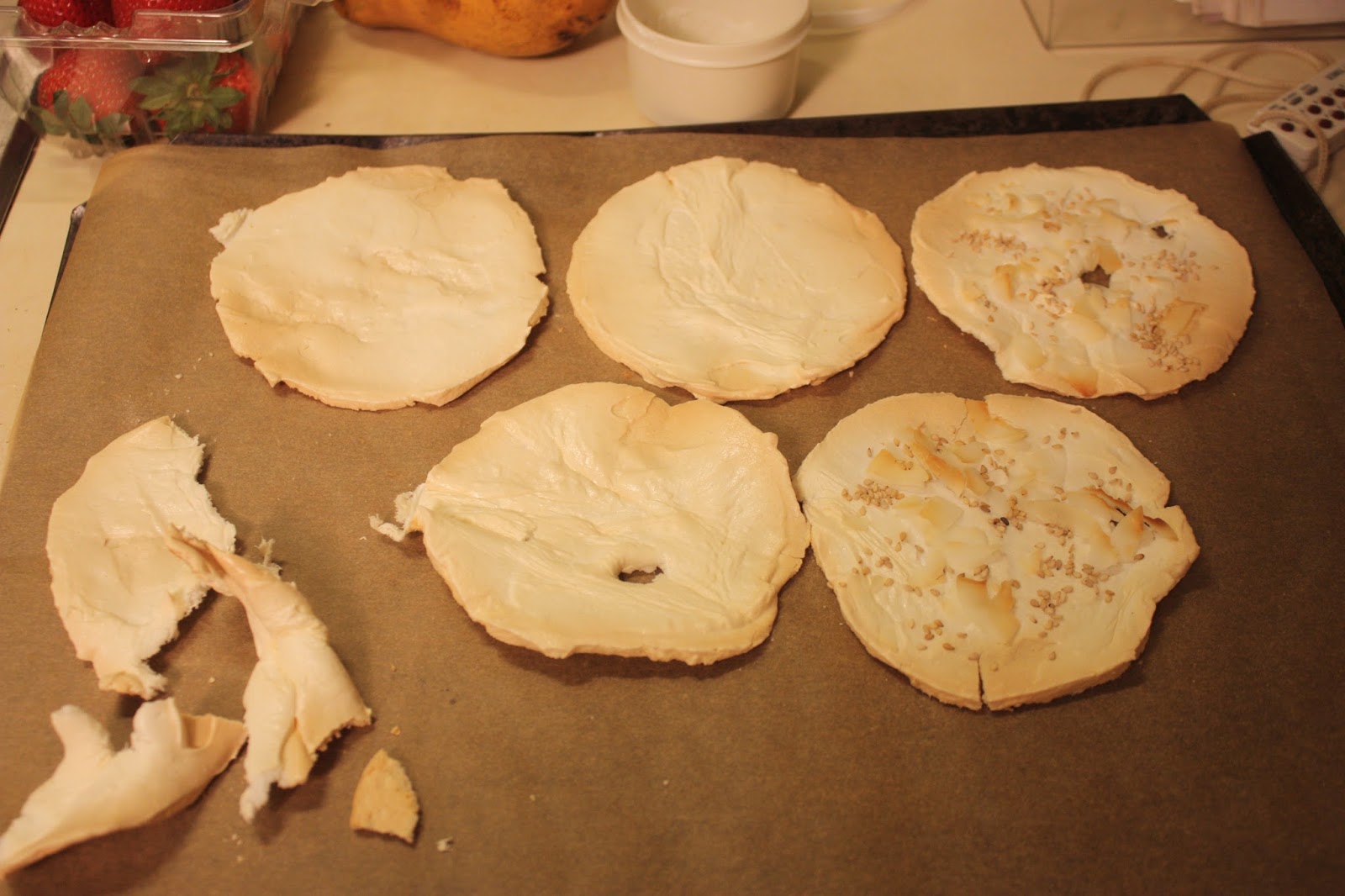 Based on bakers' comments on the Tuesdays with Dorie comments thread, I was ready to try various baking sheet options to see what would work.  I've experience the nightmare of sticking meringue before.  I tried
Surprisingly, Silpat was the worst.  I think it might have been the woven texture of the mat, which got in the way of it releasing. My favorite was either the greased and floured parchment (fussy, but easy because you could peel away the parchment) or the greased and floured baking sheet.  I was actually surprised that I was able to get the wafers off that one.  You MUST have a metal spatula with a thin, sharp edge to get under the wafers - these would be a major headache without it.
Posted by Kathleen at 10:40 PM 4 comments:

Tuesdays with Dorie: Baking with Julia - 56th installment. The recipe is Scallop and Pesto Purses. 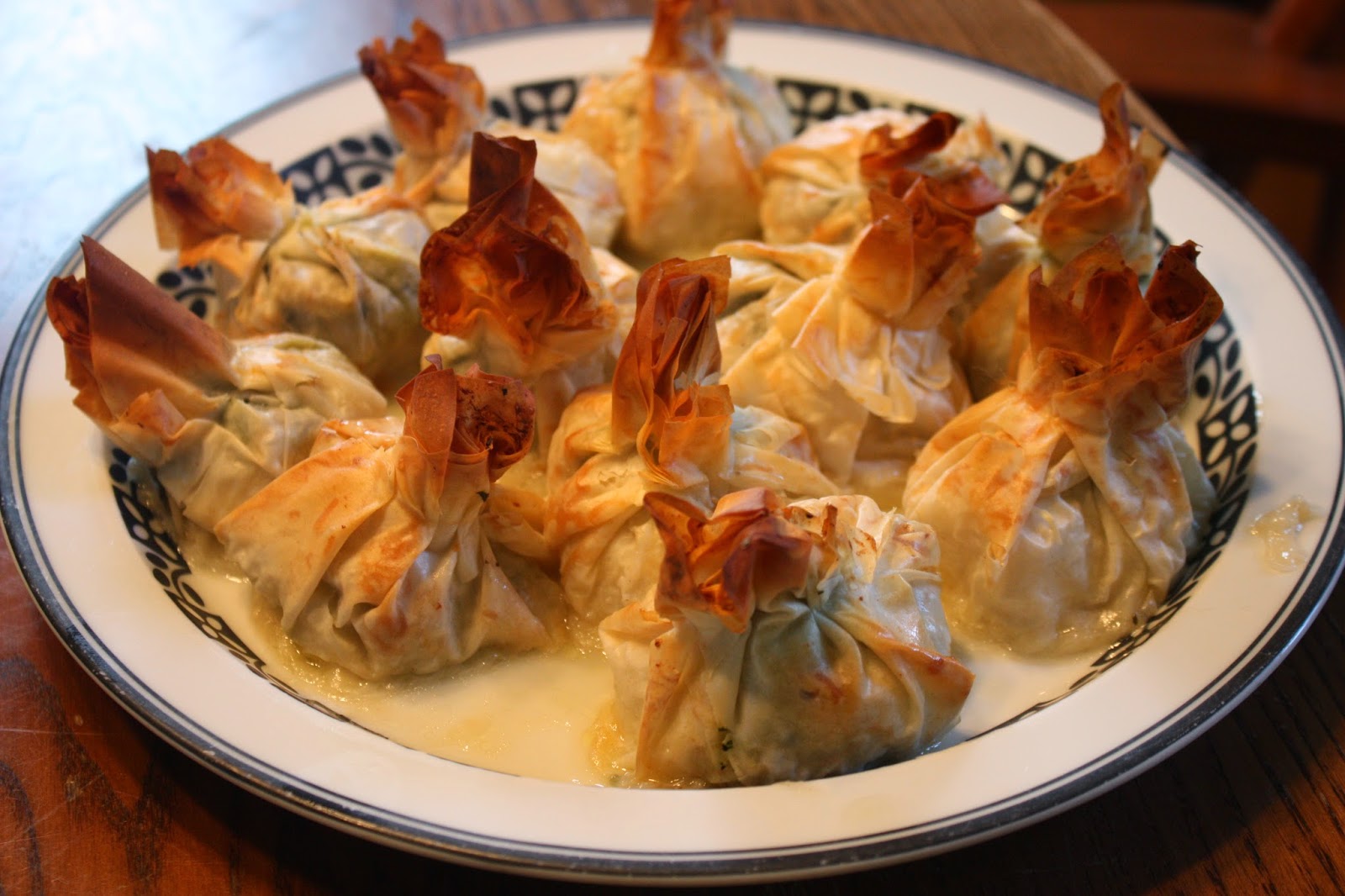 This was a phyllo-handling success story (unlike the summer vegetable tart from a previous installment).  I bought phyllo at an Armenian grocery store, where I had a choice of four different kinds (!).  I think it was relatively fresh, and ended up being easy to handle.   These were layers of two sheets, sandwiched together with butter and shredded parmesan cheese, cut into smaller rectangles, and then each rectangle wrapped around a scallop topped by a dollop of pesto and some scallions. 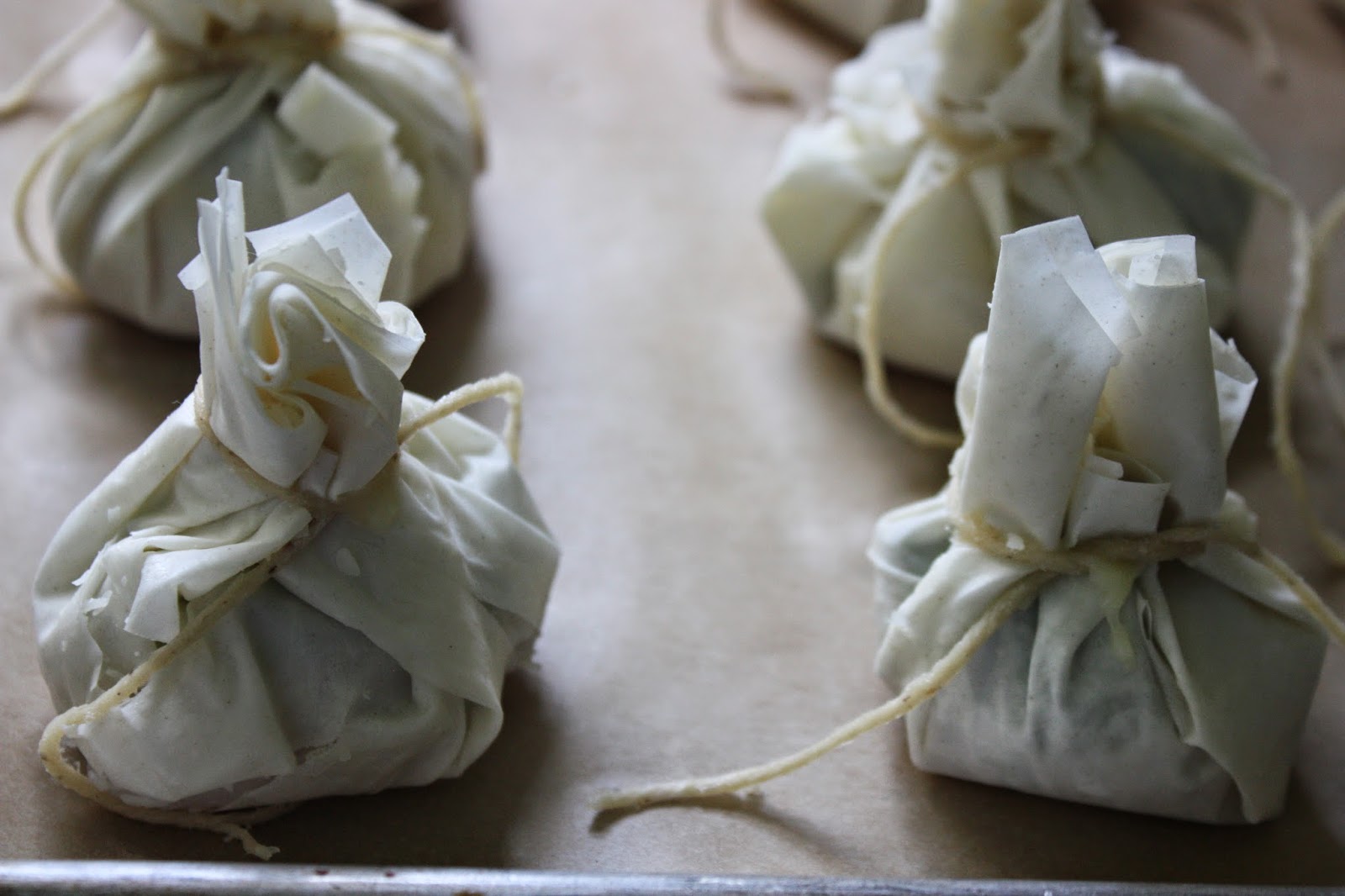 I got the packages assembled, and tied with buttered strings, as specified.  Once I bundled them up, some cracks formed in the bottom folds, which was worrisome, as I thought it might allow the contents to leak out.  I put them in the fridge for a few hours, and then baked them as specified, for 20 minutes.  I thought the result was OK - good brown crispy phyllo on top, and good savory flavor.  The soggy bases of the "purses" were kind of disappointing, although not surprising - the phyllo doesn't seem dense enough to keep in the liquid of a scallop.  I did dry the scallops before wrapping, but maybe there's some other way to make them not release so much liquid (or maybe the filling could be something less moist.  It seems like this kind of appetizer would be nicer if you could pick it up and eat it, rather than using a plate and fork.    I wasn't sure if the strings were really needed - they were fussy to attach and remove, and squeezing together the top of the purse seemed to form a seal.